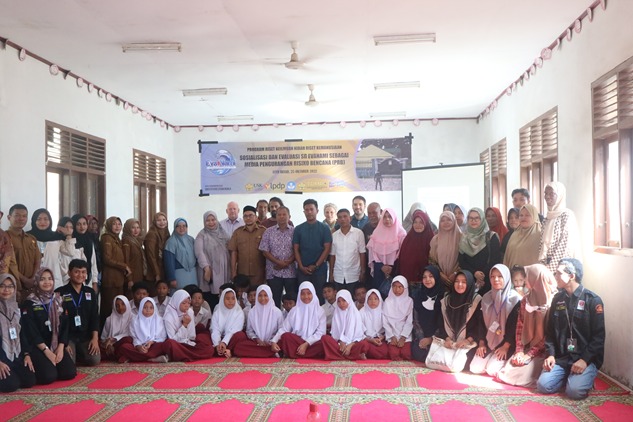 Aceh Besar, October 25, 2022 – The USK research team held an SG Evanami Socialization which was attended by students of SD Negeri Mon Singet as well as representatives of the Baitussalam District community at SD Negeri Mon Singet.  SG Evanami is a game-based application that aims to promote tsunami evacuation routes in coastal areas and increase public awareness of disaster preparedness.

Baitussalam Subdistrict as one of the tsunami-affected areas that does not yet have a tsunami evacuation building so that a tsunami evacuation route is needed as an effort to save themselves from disasters. For this reason, the USK research team developed the SG Evanami application with the aim of providing an overview of evacuation routes through a game-based application so as to attract the interest of the public, especially students and the younger generation. This activity was marked by the high enthusiasm of the students of SD Negeri Mon Singet. Some students even managed to find the right and fast evacuation route to the nearest evacuation site. After playing the game, participants were asked to fill out a questionnaire about SG Evanami which will be used for the continued development of SG Evanami. 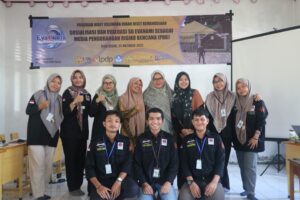 The SG EvaNami Research Team chaired by Dr. Yunita Idris with members Juliana Fisaini, Yurda Marvita and Nazriatun Nisa has developed 3 scenarios that can be played by users, namely the Mon Singet State Elementary School Scenario, Kajhu Market Scenario, and Lam Ujong Housing Scenario. The depiction of the environment in the game is a replica of the real location. The determination of evacuation routes is also based on the evacuation route map from field surveys. In addition, the SG EvaNami application is also connected to a page that contains information related to disasters and quizzes for community preparedness.

The research team hopes that this application can be useful for people living on the coast, as well as interested parties in the disaster sector such as local governments, BPBD, researchers, academics, and disaster care communities. This application can be used as a medium in disaster preparedness activities such as the Aceh Tsunami Warning, training and simulation in disaster mitigation, learning in schools and universities, socialization and workshops, and promotion of evacuation routes to the wider community. 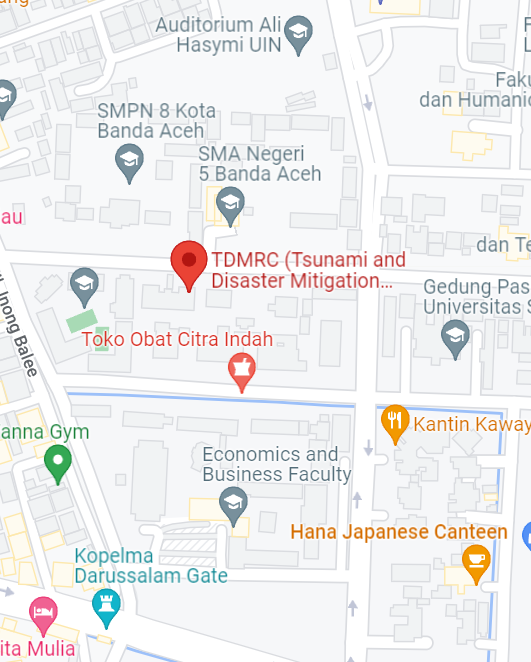